One of the fundamental tenets of graphic design is the idea of creating a visual hierarchy in your layout. You want the viewer’s eye to settle on an area of the page (using scale, color, white space etc.) and then be naturally drawn in a logical manner to supporting elements that make up the design. Otherwise, the viewer’s attention can bounce around the drawing and feel lost.

A sense of hierarchy can be especially important in information graphics, where not only the visual appeal of a graphic but the intended message can be compromised if it doesn’t exist. I was reviewing a particularly dense infographic I completed a few years ago that tested this premise. The drawing was for a proposal on behalf of the PROTECT initiative at Northeastern University, which studies exposure to environmental contamination in Puerto Rico and it’s contribution to preterm birth. The authors needed a lot of information to be conveyed in a very limited space. Looking at it, I was reminded of something the designer Alberto Cairo has said in his talks. He stresses the need for layers in a design. Specifically a presentation layer and an exploration layer. Complexity is important and useful, but you need to show the viewer how to navigate that complexity. This is relative to the idea of a hierarchy; you want to make the viewer comfortable in how they access a complex graphic by providing a “landing area” and then giving them the option to drill into more complex data. 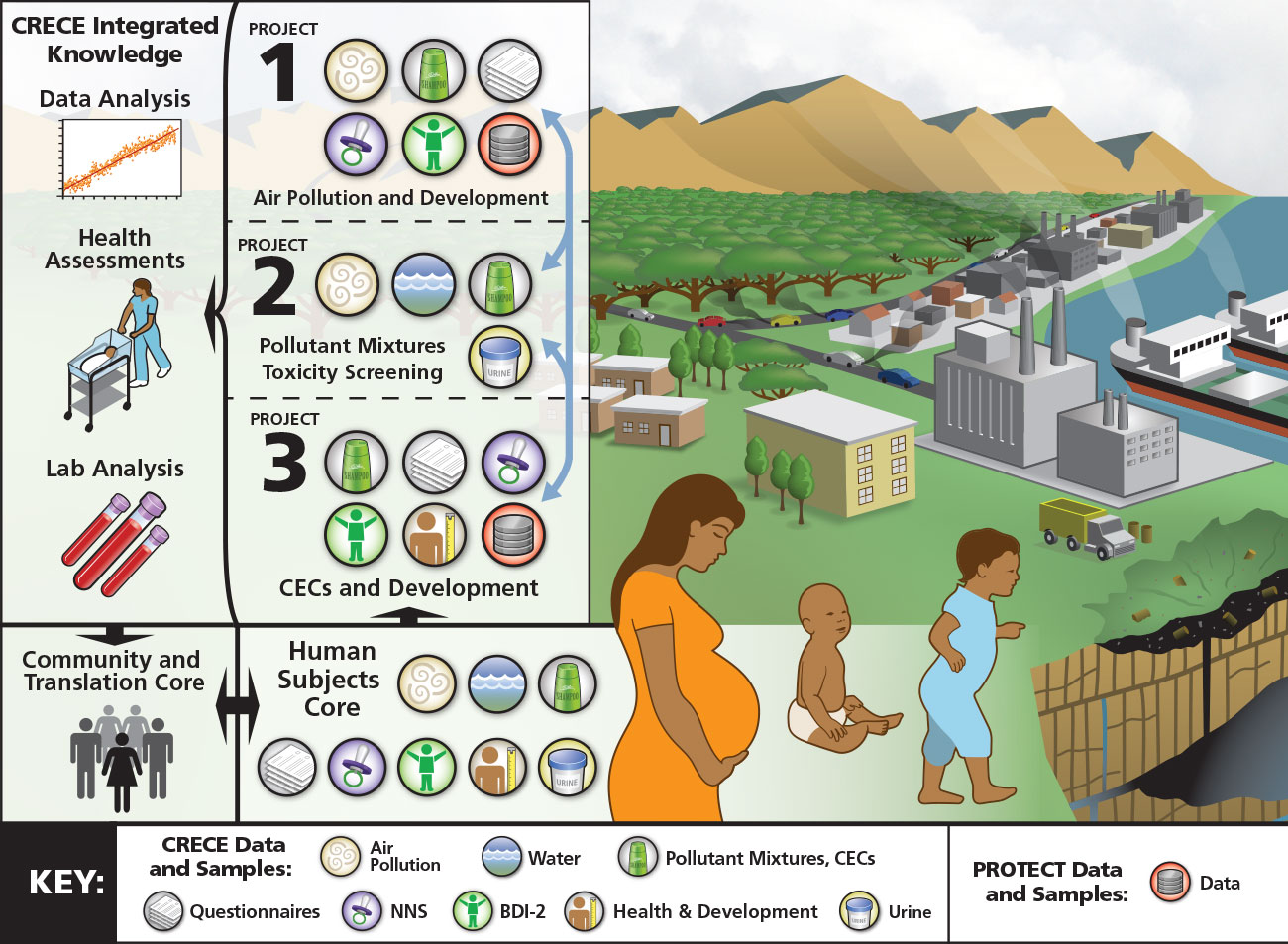 As far as the PROTECT graphic is concerned, it’s important to keep in mind that the audience was scientists and researchers, and that the graphic was to be accompanied by text. It’s purpose was to provide an overview of the structure of the various initiatives and how they interact. Having said that, I think the figure of the pregnant woman successfully provides an initial landing spot for the viewer. Then the eye is drawn to the industrial pollutants behind her, and then the numbered sections to the upper left. The viewer then encounters the icons which are addressed in the key along the bottom. It presents a lot of visuals in a tight space, and one could argue that it’s too dense, but given the presence of supporting text in the proposal, the infographic succeeded in engaging the reviewers and it was well-received.
Share this post
TwitterLinkedInFacebook
About the author