I’ve previously written about my approach to creating infographics. I frequently get asked to design these technical diagrams that help explain a company’s production process. An image can often be the most concise and engaging way to communicate and market what is often a complicated set of industrial procedures.

The drawing might require a simple two-dimensional view, but usually something more attention-grabbing like an isometric rendering that shows the machines in a 3d view is requested. These drawings can be static or have interactive functionality added. Sometimes animation is the way to go. The approach is determined by the complexity of the process and how the drawing is going to be deployed and viewed by the audience.

Here are four samples of typical process diagrams that employ slightly different approaches. First, a two-dimensional rendering of the gasifier process, created for Genser Energy. This approach is usually the least time-intensive to create, and can also be animated relatively easily because of the lack of perspective.:

Next, an illustration of Markem-Imaje’s coding and labeling options. This rendering provided a visual representation of Markem’s comprehensive number of labeling and coding machines in the context of the various substrates that they’re capable of working on. Rendered in an isometric style, this image had to fit into a brochure layout where space was limited, so the size and detail of the machines had to be carefully considered. The conveyors were “flattened” horizontally to fit the space: 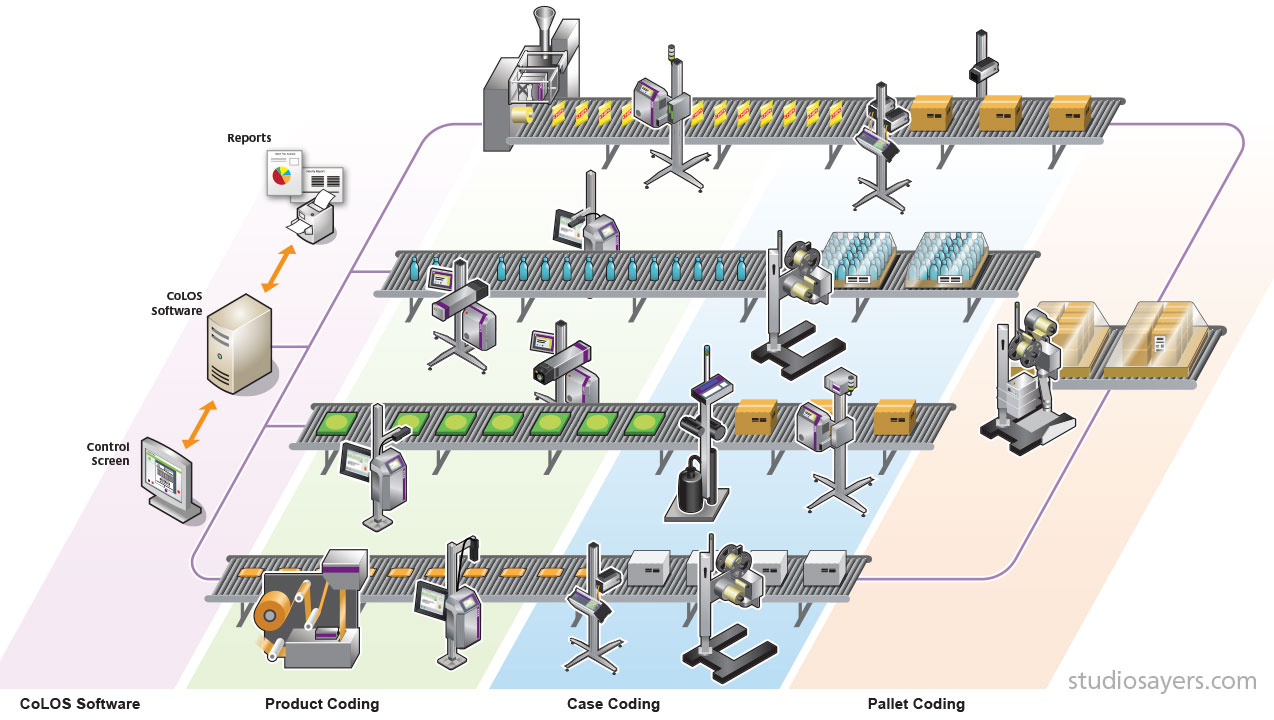 Aservin had me create a simplified drawing of their salt-packaging plant for potential investors. The original illustration was tailored for print and presentations, and I added some simple interactivity for potential use on the web: 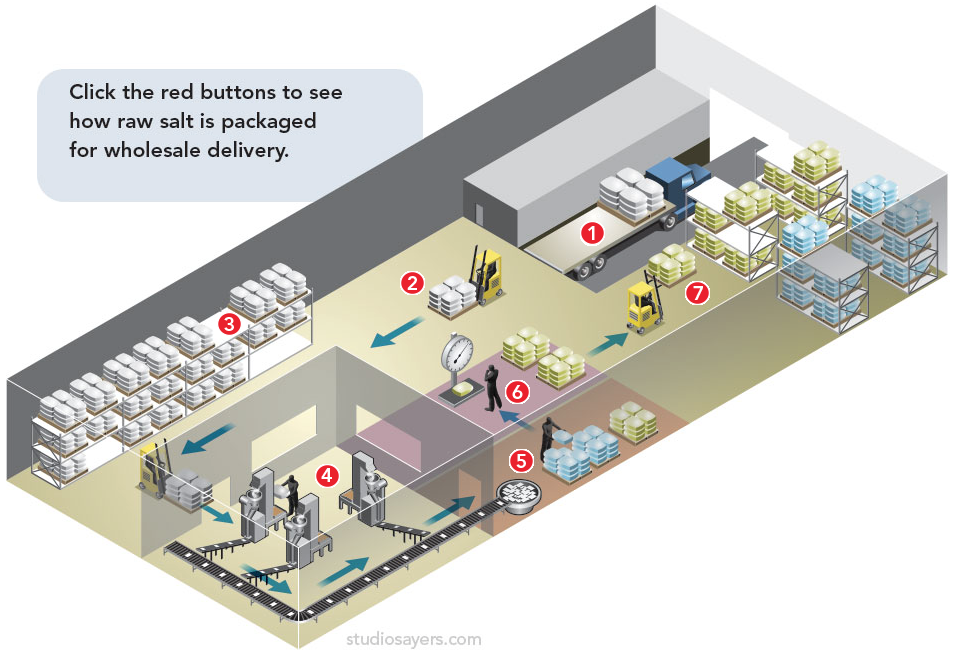 ECT needed to communicate their synthetic media treatment process. I designed a static illustration with arrows to indicate the flow of water, but because of the complexity of the operations involved, I also created an animated version (using Adobe’s Edge Animate) with control buttons for use on the web and at trade shows: 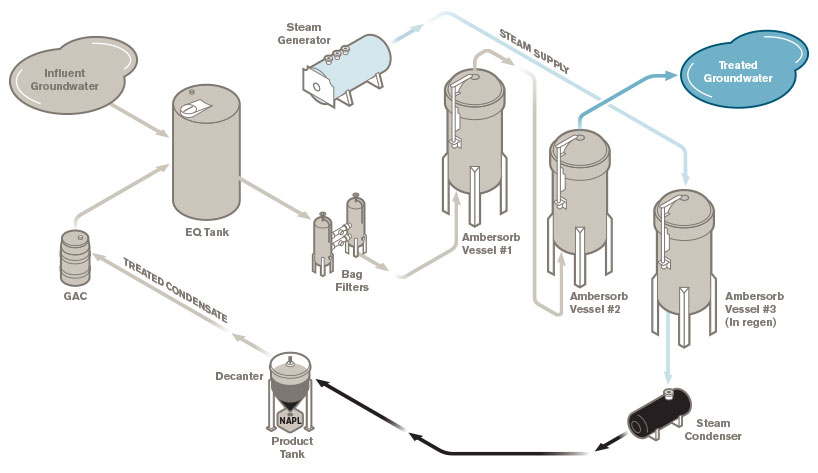