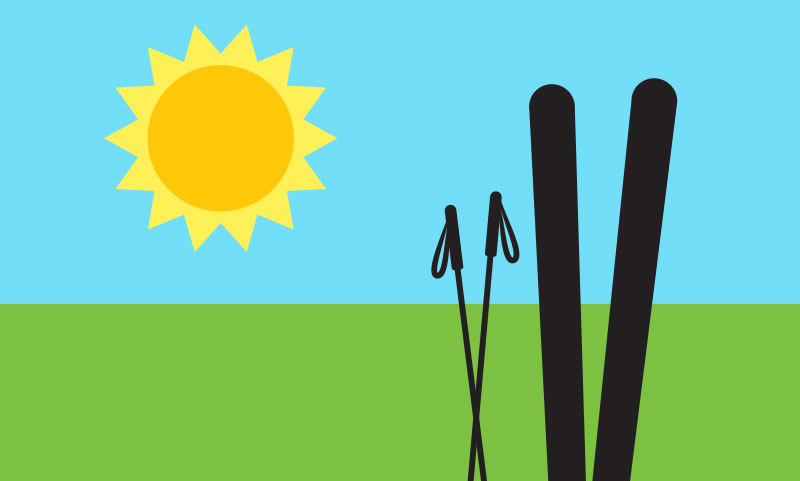 It’s December in Vermont and I’m staring up the side of a mountain that is shrouded in fog. Beads of water are collecting on my goggles. From my perch on the chairlift I straighten my legs and watch a few islands of slush run down my skis. Below me, a couple walk their dog in the barren grass bordering a swath of man-made snow that snakes upward into the gloom.

I’m hopeful we can avoid such a fate. Technical advances in the production of renewable energy sources could reduce costs and disincentivize the extraction of fossil fuels. Consumer habits can change. But the first step in attaining that goal is global awareness of the stakes involved. I welcome and look forward to any illustration opportunities that might communicate possible solutions to what is quickly becoming the most important issue we face.