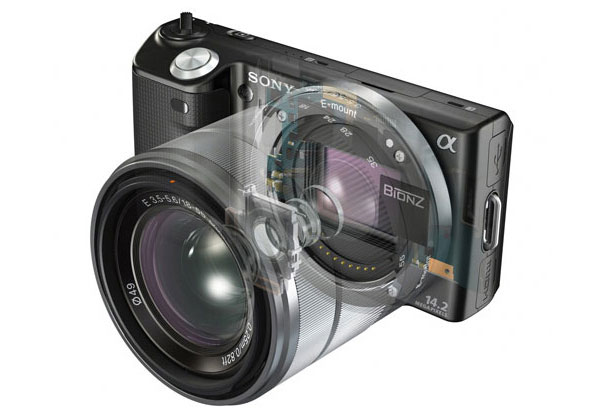 I’ve been considering upgrading my point & shoot camera recently to a digital single-lens reflex (DSLR). After experiencing poor results shooting in low-light conditions and trying in vain to capture my hyperactive children with the delayed shutter release, I was thinking that now was as good a time as any to get a decent camera. I know, what’s a technical illustrator, especially one who likes to play with image textures in 3D, doing with a measly point & shoot camera? To be honest, the sheer size and weight of some of the DSLRs was always a deal-breaker for me. I owned a Pentax SLR in the old (pre-digital) days and the memory of the shoulder ache I’d get lugging the monster around on a hot afternoon at the park is still fresh. It felt like you had to pack an extra piece of luggage on long trips if you wanted to take pictures. I think the experience actually tempered my interest in photography a bit. Besides that, my photographic needs for my technical and product illustration have never been that demanding.

Despite this, the pictures I saw a friend taking at the beach with his Canon T2i on a recent trip convinced me that the inevitable shoulder injury I’d incur by purchasing one would be worth it. So I went to a local, well-respected camera shop and told the salesman what I wanted. He watched me as I held the camera, likely noticing the slight frown on my face as I turned the bulky gadget in my hands. After describing the reason for my trepidation to him as well as my camera needs, he showed me a Sony NEX-5, which turned out to be a very cool camera and I ended up purchasing one.

This isn’t meant to be a product review or an ad for Sony but more a testament to the powerful advances in technology that are going on around us all the time. Without going into technicalities, this camera (and I’m sure other manufacturers are coming out with similar offerings) has an interchangeable lens and employs the same sized image-sensor as a DSLR but is half the size and weight. Through the use of some fancy software magic Sony has produced a relatively small camera that takes very high quality pictures. Obviously it can’t compete with higher-end professional cameras and it isn’t meant to, but for my needs it does a very nice job. And my shoulder feels fine.